About the Proceeding to Lay Administrative Liability to Public Servants, before Internal Control Organisms

It should be pointed out that before the proceeding is started, the law foresees to do an investigation stage to make the report of alleged responsibility which will contain the faults qualification, which will establish the public servant fault type and if this one, according to the law, is classified as serious or not.

Once we have the report of alleged administrative responsibility, the proceeding will start when the substantiating authority admits the mentioned report.

Within the proceeding are considered as parties, the investigating authority, the public servant appointed as possible responsible, the individual appointed as presumed responsible in the faults chaos of individuals and third parties, which are all those who can affect the resolution set in the administrative responsibility proceeding, the complainant included.

Regarding the proceedings that must be made before the Internal Control Organisms, once the Alleged Liability Report is received, within three days they will agree its admission if it`s admitted will be ordered the location of the alleged responsible summoning him to appear personally to the celebration of the hearing, indicating the day and hour to be carried out.

On the hearing day, the alleged responsible shall render its statement in writing or orally and shall give the evidence it deems necessary, where all are admissible, except for confessional evidence in charge of any of the parties by acquittal of positions, in case to offer documentaries, it must exhibit all it has in its possession.

Third parties called to trial, no further than the audience celebration, may do their statements in writing or orally according to their rights convenience, having the chance to offer the proofs they consider pertinent following the same rule as the alleged responsible, that is to say, all of them will be admissible except for the confession of the parties by acquittal of positions.

Once the manifestations have been made and their proofs have been offered, the substantiating authority will declare the initial hearing closed, and as of this moment, no proof can be offered except the supervening ones.

Within the fifteen following business days to the closure of the initial audience, the substantiating authority must issue the agreement for proofs admission, ordering in such case the necessary procedures for its preparation and presentation.

Once all the proofs have been presented and there’s nothing pending to be released, the authority will open an allegation period for five business days that will be equal for both parties.

Once the allegation period has elapsed the instruction is declared closed and the parties will be summoned to hear the corresponding resolution, which must be issued in a period no further than 30 business days, which could be extended only once for another 30 business days when the affair is too complex.

The notification must be notified personally to the alleged perpetrator, to the complainants only for their knowledge, and the supervisor or department manager, in order to be executed.

The resolution set by the Internal Control Organisms could be objected by the public servants that turn out to be responsible, by filing the revocation appeal before the authority that issued the resolution, within fifteen business days after the notification of the resolution.

In accordance with the Law, the filing of the revocation appeal is optional when committing non-serious administrative offenses, reason why given the case it can go straight to the Federal Court of Administrative Justice to process the Administrative Litigation Procedure. 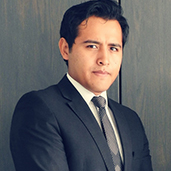