The dumping, brief analysis. Surely in terms of foreign trade on more than one occasion you will have heard the word DUMPING and you probably do not have the confidence to understand its meaning, and for that reason here we will explain what it refers to and what implications it may have on your economic activity.

In this respect, it is important to know what we mean by foreign trade, since this concept is totally related to the figure of dumping as an unfair trade practice.

In this sense,in Mexico we have a Foreign Trade Law, which recognizes foreign trade as an element that allows to increase the competitiveness of the national economy, promote the efficient use of the country’s productive resources and thus integrate the Mexican economy with the international economy.

In other words, foreign trade refers to an exchange of goods or services between two or more countries in order to satisfy their own market needs.

Our country, since colonial times, has participated in the entry and exit of products to the European market. It evolved in the Porfirist era with the development of the railroads, until reaching a recent time of opening the Mexican market through the signing of various free trade agreements.

But then, what is dumping?

As Mexico is an open economy, which through its free trade agreements guarantees access to international markets, it is also exposed to UNFAIR INTERNATIONAL TRADE PRACTICES.

Dumping, also known as price discrimination, is precisely an unfair trade practice whereby a producer company located abroad, SELLS OR ENTERS ITS GOODS OR PRODUCTS INTO OUR COUNTRY AT A PRICE BELOW THEIR VALUE IN THE COUNTRY OF ORIGIN, which undoubtedly causes damage to domestic production.

To counteract the negative effects that this practice has on the Mexican market, our legislation has provided for the implementation of safeguard measures (tariffs, prior permits or quotas) which regulate or temporarily restrict imports of goods identical or similar to those of domestic production to the extent necessary to prevent or remedy economic damage to it.

How is this practice attacked in Mexico?

The Foreign Trade Act itself establishes procedures to prevent or combat the existence of unfair foreign trade practices.

Generally speaking, these proceedings are initiated by a request for an investigation made by representatives of a domestic economic branch which considers itself to be affected by the existence of an unfair practice or dumping.

It may be said that a countervailing duty is nothing more than the quantity or quota imposed on a good to equalize the price of the foreign good in respect of a domestic good having the same or similar characteristics.

So what can I do if I am affected during or at the end of a dumping investigation?

In the event that your company or your economic activity is involved in an investigation procedure, you should know that our laws provide options that will allow you to defend yourself against such an eventuality.

The Constitution of the United Mexican States provides for access to amparo proceedings, which are one of the main means of defence available to citizens to protect their rights from any act of authority.

Bandala, Diaz, Garcia, has led the successful defense of issues in which, based on investigations ordered by the Secretary of Economy, compensatory fees have been imposed on our clients, but in a defense process led by our experts, a wide range of legal violations has been demonstrated both in the form and in the substance of these proceedings.

For example, we have been involved in investigation procedures related to the import of goods from China, specifically ceramic cups with polymer baths, where the investigation found the existence of unfair international trade practices in their form of price discrimination and which initially resulted in the preliminary determination to set a provisional countervailing duty with direct effect on our client.

In this sense, the defence argued the absence of price discrimination practices, on the ground that the goods under investigation did not involve injury to the domestic industry, highlighting the technical elements of our customers’ goods that contrasted completely with those that were the subject of the investigation, and that led to the obtaining of the favorable result consisting in the protection of the federal justice and not to pay the compensatory duty for not being located in the assumption.

These experiences have revealed to us that during the investigations carried out by the Secretary of Economy, the studies or objective basis for establishing the effects of a specific national market and the correct tariff classification of goods are not necessarily carried out.

With the eagerness to foresee affectations in the assets of the importing and/ or producing companies, the Firm puts to its orders our services of legal advice in matter of Foreign Trade.

The main purpose of this information is to provide guidance to the general public. It does not replace the provisions of applicable law. Nor does it replace the specialized legal advice or consultancy that can be offered by any of the lawyers and/or accountants of Bandala | Díaz | García 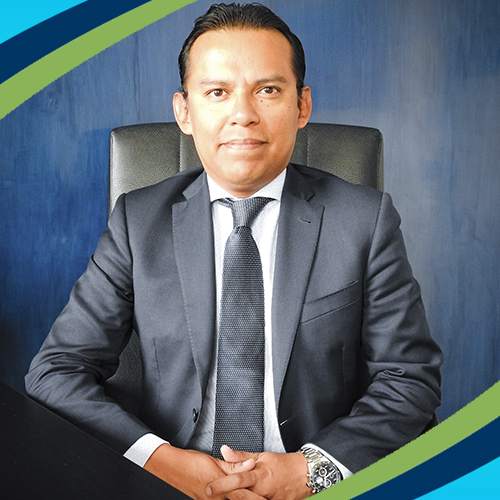 Compliance against the Covid-19 Outbreak

Corporate Lawyer. Why do you need it?

Importance of Compliance in Companies