Fiscal Effects of the Operations made in Foreign Currency

The operations made between parties in the foreign exchange market, sometimes are negotiated in a foreign currency, they buy and sell at different exchange rates when doing the operation. Nowadays the exchange market has had price instability before the dollar, this implies that taxpayers are affected due to exchange rate variations both financially and tax-wisely.

Consequences to the Income Tax Law

The Income Tax Law indicates that the tax treatment will be given to the profit or foreign exchange losses accrued by the fluctuation in foreign currency. Understanding “accrue” as the right to acquire a right or a fee for any work or service. It is important to point out that it must be recognized, in an accounting way, in its entirety with the exchange rate at the date of the agreed transaction, as well as recognizing the exchange rate at the time it is settled, which leads to the recognition of an exchange gain or loss.

In accordance with the Income Tax Law Article 8, it points out that the tax treatment will be given for interest, to the exchange gains or losses, accrued by the fluctuation of the foreign currency. Limiting that the exchange loss, may not exceed that which would result from considering the exchange rate to settle obligations established in foreign currency payable in the Mexican Republic established by Mexico’s Bank, published for that purpose in the Official Journal of the Federation, corresponding to the day in that the loss is suffered.

So, we observe that if we get an exchange gain it’s considered an income and will be added to the corresponding fiscal exercise; instead, the exchange loss will be deductible until the fiscal exercise statement.

Based on the Income Tax Law regulation article 12, it states that for purposes of Article 16, legal entities and individuals resident in Mexico must amass the determined income in accordance with Articles 8o., 18, section IX, 44, 45, 46, 133 and 134 of the law, considering the exchange gain which must be supported in the taxpayer’s accounting.

Thus, in case of having a foreign exchange loss it will be considered as an authorized deduction and it will not be possible to be decreased from the exchange profit resulting from the period to which the payment corresponds; that is to say, it should not be considered for the base of the cumulative income in the determination of provisional payments. 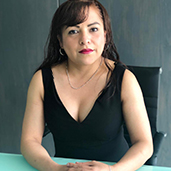