GENERAL AGREEMENT 6/2020, OF THE PLENARY OF THE COUNCIL OF THE FEDERAL JUDICIARY, REFORMING AND ADDING THE SIMILAR 4/2020, CONCERNING CONTINGENCY MEASURES IN THE COURTS DUE TO THE PHENOMENON OF PUBLIC HEALTH DERIVED FROM THE COVID-19 VIRUS.

Through General Agreement 6/2020, issued by the Full Council of the Federal Judiciary, the District Courts, as well as the Collegiate Circuit Courts will extend the suspension of work that was originally scheduled to restart on 19 April 2020, under such conditions, and taking into account the working days envisaged by the Council of the Federal Judiciary, will resume their functions until May 5, 2020.

Notwithstanding the foregoing, the Council of the Federal Judiciary has, from the outset, considered the possibility of processing applications for amparo that are deemed urgent.

The Council of the Federal Judiciary has established the parameters for determining that matters are considered URGENT to be dealt with in this situation, cases which are regulated in article 48 of the General Agreement of the Council of the Federal Judiciary, making it clear that they are not exhaustive, since Section XII of the article refers to the possibility of interpreting situations in which a remedy may be regarded as urgent, taking into account at all times the human right that may be violated, and the consequences of granting or not suspending the act claimed.

This is so, since the contingency period opened by the presence of the virus COVID-19, is an event of extraordinary character, from which may derive matters not foreseen in the norm, and which, however, require urgent attention from the Federal justice system, in such conditions, arrest warrants and bank account blockades were established by way of example.

However, this does not imply that any order to seize or block accounts rather than have them processed, but that in each particular situation, the judge will analyse the particular conditions, as well as the human rights that may be affected, the seriousness of the offence and its consequences.

For this reason, it is essential to have legal advice, with the professional and logistical capacity that can correctly defend the legal sphere of the governed.

In Bandala | Díaz | García we defend your rights and your heritage. 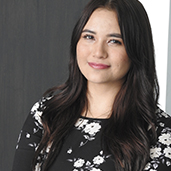