PARTICIPATION OF WORKERS IN PROFITS (PWP)

The participation of workers in profits (PWP) is a right of employees to participate in the distribution of profits generated by the company, according to the profits obtained in the previous fiscal year. Chapter VIII of Title II of the Federal Labour Act states that employees are entitled to this benefit.

•Start-ups, during the first year of operation;

• Start-ups, engaged in the development of a new product, during the first two years of operation;

•Private assistance institutions that use privately owned property to carry out acts for humanitarian assistance purposes, without profit-making purposes and without the individual designation of the beneficiaries;

• Enterprises with a capital smaller than that fixed by the Ministry of Labour and Social Welfare in branches of industry, after consultation with the Ministry of Economic Affairs.

Finally, in the Official Gazette of the Federation of 19 December 1996, the Secretary of Labour and Social Security issued a resolution implementing section VI of article 126 of the Federal Labour Act, in which companies whose capital and labour generate an annual income declared to the Income Tax not exceeding three hundred thousand pesos were exempted from the obligation to distribute profits.

In Bandala | Díaz | García we have years of experience in Fiscal, Mercantile, Accounting, Labor and Administrative matters; so, we are at your complete disposal for any doubts in this regard.

Finally, we want to make of your knowledge that in these difficult moments, and support to your person or company, for the moment our advice is free. 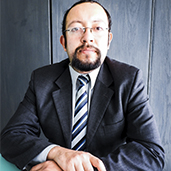