Workers must fulfill a series of requirements to retire, such as be at least 60 to 65 years old, have saved enough or fulfilled the mandatory labor weeks (1,250), have its worker identification file updated, and one of the most important is to choose the pension system.

It’s vital for a worker to choose carefully a system since today there are three ways to receive its pension: Life annuity, planned retirement and, guaranteed minimum pension.

The life annuity is a life pension contracted with an insurer, at the time the worker contracts it, this one gives it a monthly pension which is yearly updated according to the inflation which will be respected no matter how long the retiree lives.

One of the disadvantages of this retirement system is that the contract is irrevocable, which means there is no way to change the pension kind, in addition in case of decease, the program is canceled, or a survival insurance could be bought which allow the beneficiaries get a pension at the retiree’s death.

It’s advisable to choose a good saving way to have a pension of around 50% to 70% of the income you had on your productive stage. 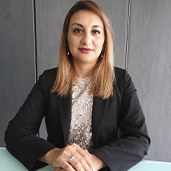