Retirement savings system and its reform.

Last July, President Andrés Manuel López Obrador, in one of his morning conferences, announced a proposal to reform the retirement savings system (pensions) aimed at workers who began to contribute under the 1997 regime (where they retire through the AFORE scheme), this initiative proposes to reform the following important points:

However, the proposal to reform the retirement savings system does not envisage changing the minimum age for receiving a pension and will remain at 60 years.

The government of President López Obrador foresees that with this proposal 34% of workers who reach a guaranteed pension will rise to around 82%. It should be noted that this proposal to reform the retirement savings system is in the process of being presented and, if it is voted on and approved, however it is important to keep you informed and know the implications that this has.

If you want to know more about this and other topics of your interest, or you are interested in a topic that we have not discussed, write us at contact@bdg.com.mx in Bandala | Díaz | García we take you into account. 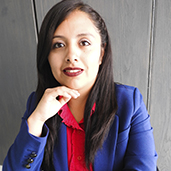 Notice of subcontracting in the CDMX.

Decrease of the ISR in payroll of workers.

Supports for Infonavit Patterns in Response to the Covid-19 Contingency.