The Measures or Economic Resource

During the conference presented in previous days, the President of Mexico Andrés Manuel López Obrador, I request the Secretary of Finance and Public Credit (SHCP) the Lic. Arturo Herrera Gutiérrez, who reported on the measures or economic resources that would be taken to support the population in relation to the coronavirus contingency (COVID-19).

That said, the head of the SHCP mentioned that in order to address the situation, the resources for health programs for the second quarter of 2020 (April-June) would be advanced, making transfers to the states in the amount of 10,billion pesos, in addition to those allocated in the first quarter (January-March). However, it does not specify the amount that each state will get, but I consider three possible scenarios:

As we can observe in the aforementioned scenarios, the states most benefited would be the State of Mexico and Mexico City, that is why, in Bandala | Díaz | García, we know that with the conjuncture of the coronavirus COVID-19, and the economic effects that we are presenting are alarming, that is why keeping informed about the decisions that are being taken in the country are of importance, so we invite you to know our social networks where you can keep informed with relevant news that may be of your help. 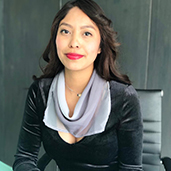